15 Best Things to do in Montpellier (Video inside)

The fame of this city started in the 17th century when it was called upon as the capital of Bas Languedoc.

This attracted so many people from the royal house to build themselves homes and businesses all over. Therefore, do not be shocked at the many mansions you will see, together with several imposing monuments.

The style and the panache that this town is known to be brimming with makes it the best place for you to try out your holiday. Even with your family.

15 Things to do in Montpellier

It is one of the highest points in Montpellier. The square, which was designed by Louis XIV, is just west of the old walls meaning it is easily accessible and even visible.

The square is said to have taken longer to complete. Therefore, it stretched over the 18th century because of the unrest that was there in the city.

Here, there is a statue of Louis XIV on horseback extending his hand towards Spain, though it is not the original one.

The Chateau d’Eau water tower crosses the square going at a length of 14 kilometers, and the Sunday flea market is one of the other things that attract people here.

The town has been linked with irregular mazes of fresh shaded streets that have been known because of the patterns over the years. Most of the buildings go back to the 1600s and the 1700s, where they have pride in their wooden doors and internal courtyards.

They then have a very unique and one of a kind design that makes it noticeable even among the foreign people.

Here, you also get to the Les Halles Castellane market that has streets and squares flooded with restaurant tables. You will be in the perfect position to choose out some of your preferred foods, vegetables, fruits, and even wine among the many.

This is the best place to meet the locals and also interact with many of the other tourists.

This is the main museum known in this city. Hosting over 800 works from various people, it has brought together the art world, creating a greater community.

The paintings and sculptures have been arranged in chronological order with lots of Baroque art to savor. This has dramatically eased the ability for someone to even look for individual work if need be.

Works from people like Pierre Soulages, Rubens, Rigaud, and Francois-Xavier Fabre among the many others have been held here for monumental purposes. You get to learn more about the works as you enjoy the views.

This is one of the unique medieval settlements that you could dare visit while you are in this town.

It has even been termed as one of the most exotic and visually pleasing places. It is found between the slender valleys under a gorge.

The houses here have been made of limestone with the landforms surrounding the homes. The steepness of the streets also makes it very unique.

There is the Benedictine abbey that forms the 9th century. It has a very peaceful garden and sanctuary, together with an organ that was designed in the 18th century.

France is known because of its catholic base. Therefore, going to any of the cities without visiting the renowned temples would be wrong.

This one, to be specific, outlived the 16th-century French wars maintaining its gothic architecture. You will even be able to see some of the wall marks that were made during the war times.

It started as the monastery chapel before it was switched to the church that it is, during the reign of Francis I in the 1500s.

It is hidden within the streets of the old quarter, forcing you to have to go to the old town for you to see it.

It is not easily visible. The exciting part about his cathedral is the twin pillars that are 4.5m in diameter raised at the cathedral premises itself. It also gives the best place to view the city and take photographs.

It is a fantastic art building from the 19th century. Currently, it has been concentrating on an exhibition of photographs though, in the past, it was open to all sorts of artworks from paintings to photographs and even sculptures. It, therefore, became one of the most distinguished spots on the Esplanade Charles de Gaulle.

You should be aware that there are three exhibitions every year. However, the most appreciated one is the one that shows the works of the 20th-century people. You should be in a position to ask about them while you are there just to ensure that you get the best value for the time you spend in that place.

For people who enjoy a pleasant shopping spree, this is the best place to go. The pedestrian shopping lane has numerous boutiques and shopping stalls where you can get almost anything.

The essential things that people mainly get to buy are clothes and the candy that people crave for all over. Once you have a state of them, you will keep wanting them.

The streets have been made in a way that you won’t strain. They are also not far from most of the hotels meaning you can easily walk back and forth.

It has also been the best place for people to learn more about the culture of the area. You could also get to learn how to make some of the ornaments and even the exotic meals of the place.

The park has been around since 1964. It has been made in a way that borders the nature reserve on the banks of the Lez River. It has more than 750 animals. This ranges from giraffes, white rhino, cheetahs, and the Syrian brown bears.

Within the park, you will also be able to see the six different biozones that are found in the world. This helps you to understand the various habitats that the animals naturally thrive in bets.

There is also a sheep and tame goat park where children can feed them. It is the most subtle part of the park.

This marine park has quite an attraction. It has over 400 species of marine life with tanks as large as 3 million liters in total.

This is generally the most waters that you could ever find with animals apart from the ocean.

It has one of the largest pools in France that is ten by 18 meters. It is the best place to learn and enjoy marine life at a close distance.

You will find penguins from South Africa, sharks, and rays, and even some of the starfish that people are allowed to even touch.

This marine park is mostly enjoyed during a rainy day when the outside could not be very relatable to most people.

The park has valleys and gorges with rivers and towering cliffs. There are several resorts found at the slopes of the Months that are part of the park. You will also notice some settlements of over 200 villages in its borders.

There are some boulders, which are traditional standing stones. There are also several Roman buildings, burial sites, and even roads that are still in use today.

There are caves that you get to tour. Dargilana and Bramabiau are just but some of the caves that have attracted people since the 19th century.

Montpellier is close to the beach. This then allows you to be assured that you can enjoy a bit of shore time as well as enjoy the sandy beaches on your feet during your stay here. Walking to the beach is just one of the advantages.

Try out the Herault coast before you leave this town. It is known to have the best shores and the most relaxed waves that you could find close to the waters. It is one of the reasons why people make an effort to come to Montpellier.

The most popular option is the Palavas-Les-Flots, which has sweeps of sand and pebbles shielded from the open sea by a breakwater. You could also enjoy beaches at resorts like Carnon and La Grande Motte.

12. Enjoy the food and drinks

The town is the center of wine production in the world. Here you get to enjoy the homemade Pic Saint-Loup, which is the local red wine. There are also so many complimentary white wines that go well with the plates of seafood that are served here.

Many of the restaurants will give you a mussels, crab, oyster or fish stews treat that will keep you asking for more. You will, however, also get to enjoy some of the Vietnamese and North African foods that have been brought to this place.

Once you have bought foods to take home, the traditional packaging of the foods also happens to be one of the specialties of Montpellier.

For most people, it is not easy enjoying the city just by having a one day stay here. You will need like a week to get the best out of it.

The hotels available are mainly 17th and 18th-century mansions. Many of them were for the members of the court during the reign of Louis XIV.

You get to choose from the 13 mansions which one will suit for best. The most preferred is the Hotel Des Tresoriers de France, which is from the 15th century.

It has one of the unique facades known to man. There is also the Hotel de St-Come that is known because of the anatomical theatre that is part of it.

This is famously known as the royal square of Peyrou. It is mainly used to direct where the elegant Arc de Triomphe starts to the Chateau d’Eau.

This specific work of art is loved by many because it is a fusion of practices by around three monumental architects of their time.

There is also the Montpellier Roman Aqueducts that has been known to attract people from all over.

The fantastic work of beauty has been maintained presentably until today despite being one of the medieval practices.

15. Use the tram to the beach and from

Many people have not known this, but the tram lines are some of the most effective ways to get to amazing shores and back.

There are also 4 in the town, meaning it is available for many people at a time. They are even out to add more, adding to the fun you could have.

One of the trams will even take you to a place where you can conveniently hire bikes called the Vélomagg’.

You can decide to ride to the beach or just for your leisure rides around the shores. The clear waters and the sand only add to the delight of the experience.

You can then comfortably use the trams back after a fun-filled day. It is the perfect way to spend your day.

See Also: Best Things to do in Nantes, France

Trying Montpellier for your holiday, especially when it is your first time can get quite tricky. However, knowing the right places to go and the best things to do while you are there just makes the whole experience much better. Try out the many museums, use the trams to get from one place to another, and don’t forget to ride a few bikes while you are there. You will have more fun between June and October. The sun is up, and the wind is gushing on you. I promise you will have the best time here. 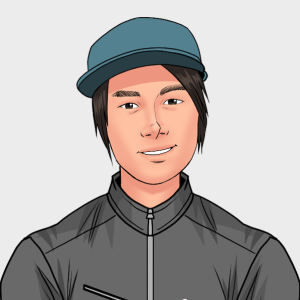 15 Best Things to do in Salamanca, Spain

15 Best Things to do in Seville, Spain

15 Best Things to do in Granada, Spain

15 Best Things to do in Cordoba, Spain

Get The Latest Updates

No spam, notifications only about new products, updates.

15 Best Things to do in Vannes

15 Best Things to do in Chambery, France

15 Best Things To Do in Dinan, France

15 Best Places To Visit In France